Top 5 Royal Cars of All Time 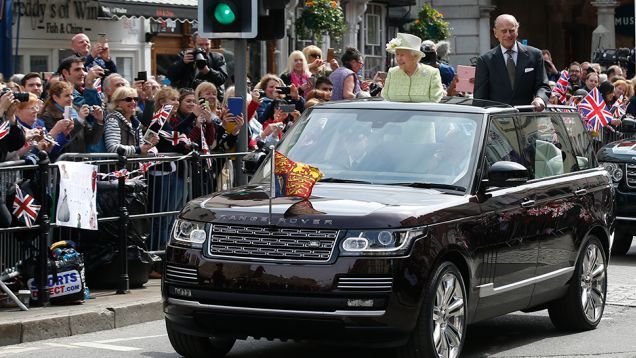 Gone are the days when special horses were used to pull luxury coaches for the Royal families. But, now cars are the mode of transportation for blue blood.

Cars are the most renowned mode of transportation and have been in limelight for years. Everyone is curious to know about the cars as they attract anyone living in 20th century. Be that as it may, when it comes to the cars used by royal families, it becomes the hot topic. Here we will be talking about the top 5 royal cars of all time. Give these cars a once-over with a fine tooth comb and enjoy the show. Off you go!

This bad boy, the Land Rover Range Rover Hybrid Landaulet is used by her majesty The Queen Elizabeth II of the United Kingdom. You wouldn’t be probably getting it at your local dealership. And it might be possible you haven’t heard about this big boy as her highness use it.

If you spend a moment just talking about the Range Rover engine, it offers power more than you can shake a stick at. Whether or not you agree, the Landaulet has a very sturdy engine on her. You can find an SDV6 3.0-liter turbo diesel engine under the bonnet of the special Range Rover Hybrid LWB landaulet coupled with an electric motor and an eight-speed ZF automatic gearbox. Output of 340 PS and 700 Nm of torque is not something you get out of the blue, in fact, the engine is supposed to make this. That’s super exciting. Isn’t it?

It was an official function in 2015 when her highness first made a public appearance in the car. The car is a perfect match for her highness because of being a new-fangled landaulet. Overall, Land Rover beautifully made the most of it.

Phantom VI State Limousine is another world’s most imperious car. Her Majesty Queen Elizabeth made use of this masterpiece till 2002. As far as the engine under the roof of this big name, the 1968-1978 model was equipped with a 6.2 litre engine and the later models got 6.75 litres engine.

If you turn the pages of history, you would come to know that the Queen and her husband Prince Philip have been photoed at several functions arriving in this vehicle. The Queen’s Phantom IV has been utilized by the royal household since the late 1950s. Super fascinating.

All the cars made by Aston Martin are simply fantastic both in terms of class and performance. But for this car, the Aston Martin DB6 MKII Volante, imperious styling with a blend of superb output is a given. No Ifs Ands or Buts about it.
You can make an argument that it’s a special car with sensational styling. You know the best part of the story? It’s the very unique quality of this bad boy it uses; an alcohol based fuel derived from the Royal grapes, from the Royal garden itself. Aston Martin DB6 MKII Volante was driven by the Prince Charles.

Another Royal car we are going to talk about is the London cab used by the George Tupou V, King of Tonga. His majesty the George Tupou V, King of Tonga is known for the opulent lifestyle he kept. He used to drive around London in London cab. The London Black cab, he adored once saying” it’s easier to get in and out of when you’re wearing a sword”.

Studied at Oxford and Sandhurst, his majesty was a reforming king of Tonga. His adoration for London cab makes it very popular and opulent.

Another car, Lexus LS 600h L Landaulet was used at Prince Albert’s marriage. The amazing feature for which this car is renowned is its completely transparent roof. Designed by the firm Carat Duchatelet, this car is simply astonishing in looks.