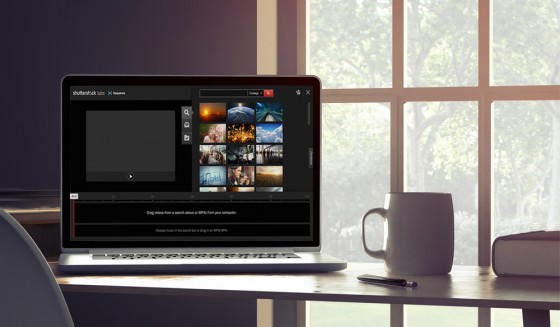 Shooting a great video is only half the battle; post-processing is equally important and demands a good mix of skills and creativity.

Two different editors can come up with entirely different videos out of the same raw footage. However, a good editor is one who stays in sync with the way viewers think and feel and uses his techniques to create compelling stories.

Let us look at some tips guaranteed to help you become a better editor while saving a lot of time and effort in your content creation workflow. These tips, techniques, and hacks should apply to every type of video and scenario and make your video workflow process more productive and easier.

When it comes to deciding which shot should be used or where to cut, or any other decision during the editing process, figure out how the choice affects the story. This is not only true for fictional films; every video tells a story of some sort.

If you choose an effect or clip only because it looks catchy, understand that it is not the right approach. Such choices can distract the audience from the core point of the video.

Always ask yourself about the message you want the video to convey, the thoughts you want it to spark in the viewers’ minds, and the pictures and sounds that best complement the message.

A film that contains a lot of speaking requires that the editor knows how to cut tight. Making tight cuts means removing unnecessary pauses and using cutaways to mask gaps between two dialogues or missed lines.

Most videos also have an estimate for running time that should be kept in mind while editing. This is where cutting efficiently would compress time and save the effort of going back and reworking if you find the edit runs too long.

Editing out speech and technical mistakes is a part of the process, but learning how to do it with perfection gives you an edge in the post-production landscape. One technique used to edit out mistakes is cutting on action.

A problem arises when cutting from one shot to another that is shot on another angle. The same problem can occur when two cameras are used for the same take. An efficient way to smoothen out things is to cut midway during action instead of cutting at a static scene.

Cutting on the action will give the viewers an impression of continuous movement when they watch the video even if the shots were captured hours or days apart. This type of technique will also help mask continuity mistakes as the eye is distracted by the movement. Surely, you can use such video editor as AnyMP4 Video Converter Ultimate, to cut, crop and merge the continuous movements.

Make Sensible Use of Wide Shots

When a scene starts, it is generally necessary to cut between camera angles to make the viewers aware of the setting used. However, once everything is smoothly going, medium and close-up shots are the most impactful.

The reason is quite simple; it is always more appealing to watch the gestures and expressions of a speaker closely when they talk rather than seeing them from a distance.

Select The Best Shots To Tell The Story

It is always a good idea to let your camera performance determine what shots you want to include in your final edit. However, these choices depend a lot on the video editing project at hand. For example, a documentary film should depict the connection of the character with the story.

This is why editors would often need to abandon beautiful shots or scenes just because they don’t add to the story. If you aren’t sure that you can perform this task by yourself, you can order professional video editing services to get masterfully edited footage.

When editing a news story or interview, the goal is to align the message of the speaker to the expectations of the viewers. It takes some consideration when you pick the footage for different types of videos.

Always think about what the audience would like to see at the moment. The same method can be used to select clips and camera angles that help the speaker tell the story.

See that your music doesn’t hamper listening to speech, otherwise it would do more harm than good. Another mistake you can make is adding together clips containing speech but at different volumes. It is quite important to balance your audio carefully to smoothen out things.

Start by balancing the speech – mute other audios present in the clip and look through the video adjusting the volume so that all of them are as close as possible. Next, adjust other audios around the speech. A good editor should have ducking and keyframing features for audio to help you lower the music volume when someone is speaking and increase it otherwise.

Colour is a powerful element of a video that can be adjusted to highlight subjects, enhance emotions, and set the mood of the scene. A modern online video editor offers a variety of color editing tools that were once available only for pictures.

These programs generally perform two functions – color correction and color grading. While color correcting ensures the footage colors remain consistent from one scene to another, color grading gives the video a unique look, giving your scenes a realistic look and differentiating one from another as and when required.

A common mistake creators make is using music without proper rights. Platforms like Facebook and YouTube are particularly strict at removing videos containing copyrighted songs, so you should better give up on the idea of using your favorite track. However, finding alternative music is not difficult as so many sites provide royalty-free music.

When using these tracks for your video, make sure you are permitted to use them the way you want to. Another way is to seek permission from musicians you know and use their tracks in your videos.

Video editing can seem daunting at first, but these tips should help you save time and effort while trying to create an engaging piece of content out of random clips. Keep these tips in mind as you practice and you will soon start editing like a pro.

Watching a film that you edited to perfection gives a sense of satisfaction and pride while engaging the audience and conveying the essence of the content.

What are Canada’s latest travel restrictions for COVID-19?